Did Vermont's population jump in 2020? 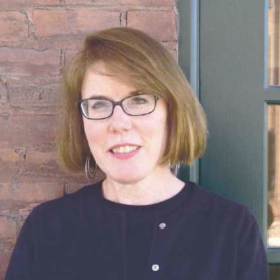 According to the Census Bureau's 2020 count, 17,336 more people and 15,448 more households considered Vermont their primary home than in 2010, despite earlier predictions of near zero growth in the statewide tally. This was almost certainly the result of the COVID-19 pandemic that abruptly shifted the way we lived and worked in 2020. 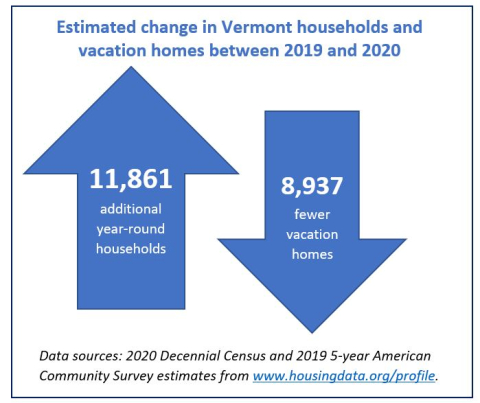 Although detailed 2020 Census counts are not available yet, we do know that the number of homes used seasonally (or vacant for other reasons) had fallen significantly in 2020 relative to a decade earlier.

Taking a shorter look back to 2019 suggests that Vermont experienced an increase in the number of households who considered Vermont their primary residence by 2020 that was accompanied by an almost as large drop in the number of Vermont homes considered seasonal. Roughly 12,000 more households in 2020 reported their Vermont home as their primary home compared to a year earlier. Meanwhile, the number of homes used only seasonally in Vermont fell by about 9,000 in 2020.