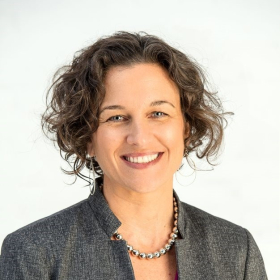 Housing affordability can’t be judged just on how much it costs to rent or buy a home. Although those indicators are important, the total costs of housing, both for households and the community, depend heavily on where the home is located.

Vermonters who live closer to downtown areas incur fewer costs traveling to schools, jobs and amenities. These areas often have greater walkability and access to public transportation and require shorter drive times to destinations. In addition, compact development benefits the local economy, placing customers in close proximity to businesses. Downtowns are particularly attractive to millennials, 62% of whom wish to live in walkable communities that have short commutes. Most seniors over the age of 60 also think mixed-use neighborhoods with homes, shops and business are the ideal place to live, according to TransitCenter.

A survey from the National Association of Realtors found that convenience to jobs and home affordability were among the top factors affecting location choice among homebuyers. However, Vermont’s high rents and home prices have pushed many households farther and farther away from the areas where most jobs are located. Between 2009 and 2017, the number of Vermonters commuting 30 minutes or longer from their home to work rose by 6,000 while the total number of workers stayed constant. That means 32% of Vermonters now travel more than an hour to get to and from work.

Less expensive housing in more rural areas can have hidden costs. Long commutes mean workers spend more on gas and car maintenance, especially in the more rural areas that tend to lack robust public transportation networks. The median single family home in Burlington sold for $315,000 in 2018, while the median home in Georgia, Vermont sold for $280,000. However, assuming that households in both areas work in the Burlington area, a worker living in Georgia would spend up to $5,300 more every year in expenses associated with commuting. These costs add up considerably over time, especially in two-car households.

Long commutes have a number of other harmful side effects. They negatively impact workers’ mental health and workplace productivity, as well as leaving less time for families and community involvement. Increased commuting time also harms our environment, with increased wear on roadways, higher emissions and more fossil fuel consumption.

Housing development in rural areas far from jobs and other destinations also has significant consequences for municipalities. It costs far more to pave and maintain roads, connect sewer lines and provide emergency services to homes spread apart on large lots than clustered in downtown areas. Some surveys have estimated that suburban development costs up to 38% more in up-front infrastructure costs and 10% more in service delivery costs than compact downtown development. Furthermore, compact development produces on average about 10 times more tax revenue per acre than suburban development.

Rural areas of Vermont need investment and should not be abandoned for ever-growing cities. Rather, when new housing is being planned anywhere in the state, the real costs of its location must be considered, both to households and to our communities. In recognition of these issues, there is a growing movement among Vermont planners for sustainable growth that allows more walkability and minimizes driving time while protecting working lands and wildlife habitats.

Centering the development of new Vermont homes in towns and neighborhoods near jobs and services achieves many public goals. Our downtowns are nurtured, rural and forested parts of the state preserved, and more Vermonters have an affordable, transportation-efficient lifestyle.  However, making smart growth possible would take commitment at all levels:

A home’s true affordability depends on the inherent costs its residents face traveling to everyday destinations. By considering this in our personal and policy decisions, Vermonters can take a big step closer to economic and environmental sustainability.