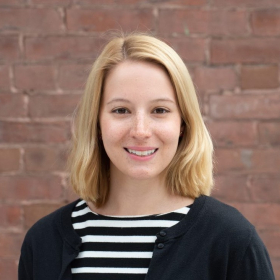 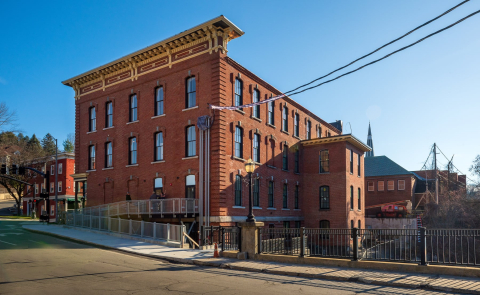 Woolson Block was built in 1868 above the Black River falls in downtown Springfield. The building is on the National Register of Historic Places, but it had fallen into serious disrepair over the last several decades. The project involved an extensive restoration of the building, creating a dynamic multi-use building, with 5,000 feet of commercial space on the ground floor, and 15 mixed income rental apartments, ranging from studios to two-bedroom units. All of the apartments will serve households earning at or below 60% of the area median income. The units are already fully occupied.

"This building persevered against nature and time, both of which took its toll on the property prior to the renovation." remarked Collins. “The development partners persevered against COVID and delays, but never gave up on their vision of the value of this unique property.”

The $8.6 million project received $445,000 in federal Low Income Housing Tax Credits awarded by VHFA.  The tax credits were purchased by PNC Bank, raising over $5 million in equity for construction. Other funders included the Vermont Housing and Conservation Board (VHCB), the Vermont Community Development Program (VCDP), the Vermont Community Foundation, and the Town of Springfield.

“I’ve been a strong proponent of the low income tax credit. It’s one of the keys to helping make these projects possible,” said Representative Welch.  “But the real hard work is in that community, coordinating all that has to be coordinated, to make the numbers work, to get the local support that’s necessary, to turn an idea into a reality.”